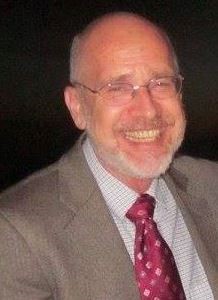 A native of Appleton, Wisconsin, Vernon has played cello in the Jacksonville Symphony Orchestra since 1981 and is a founder of Prelude Chamber Music. Vernon tells us he decided to play the cello because his brother played the violin and he wanted to be different. He also thought there were only 16 notes to learn because he had four fingers and there were only four strings.

Vernon has both performed and coached chamber music for many years, playing at the Summertrios Festival, performing with the local Amadeus Trio, and studying with the Raphael Trio in Vermont. He served as music director and principal conductor of the Coastal Symphony of Georgia from 2004-2013.  He also directs choral and handbell groups on the First Coast, as well as two of the Prelude Chamber Music Camp orchestras. He continues to look for other opportunities to coach and conduct.

Vernon’s wife Laraine plays the piano, as does the eldest of their three daughters, who is a pilot in the Navy. His middle daughter plays percussion and is a social worker in Miami, and his youngest plays the violin and is an avid horsewoman.  A fan of Aaron Copland, Vernon comments that Copland’s style makes the listener forget the worries of life and enjoy the moment. Vernon belongs to the Piano Technicians’ Guild and tunes pianos in churches and private homes. He enjoys movies and spending time with family.